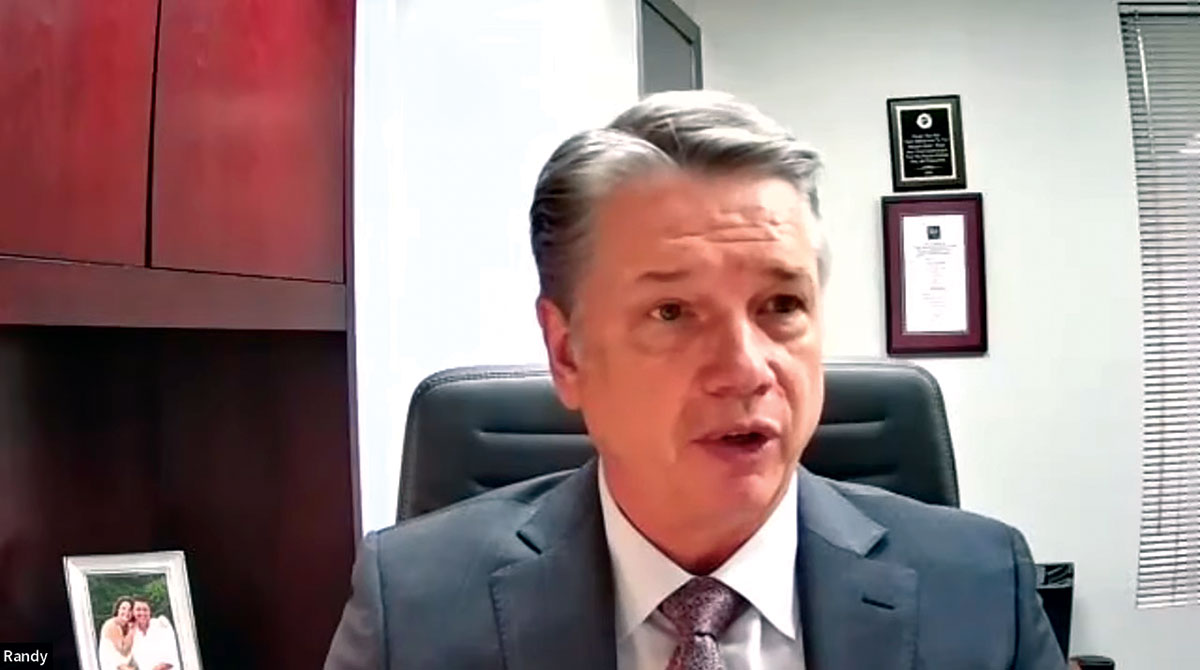 Randy Guillot by House Committee on Natural Resources via YouTube

The potential harm that a proposed federal vaccine mandate could have on trucking was spotlighted by an industry executive who outlined for lawmakers key challenges facing motor carriers as they work to deliver goods across an increasingly stressed supply chain.

“The need for more truck drivers in this country, and how vaccine mandates threaten to exacerbate the nationwide driver shortage,” are vital issues that Congress should consider, said Randy Guillot, CEO of Southeastern Motor Freight and Triple G Express Inc., and a former chairman of American Trucking Associations, during a Dec. 9 panel discussion hosted by Republican members of the U.S. House Natural Resources Committee.

Guillot also urged lawmakers to address “abusive practices in our maritime ports in which ocean carriers are charging truckers erroneous and excessive detention and demurrage fees.” 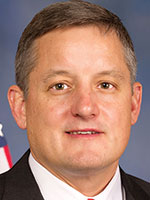 He noted that trucking’s value to the country has been proven during the past nearly two years.

“As the country witnessed throughout the COVID-19 pandemic, America’s trucking industry is the central and most critical link in our nation’s supply chain. Virtually every good we use and depend on in our daily lives is within reach thanks to a truck and the millions of dedicated, hardworking men and women who sit behind the wheel,” he said.

“Since the Biden administration and congressional Democrats seemingly can’t be bothered with these problems, it’s important for us to hear from businesses and individuals on the front lines of this supply chain crisis to find solutions,” said Rep. Bruce Westerman (R-Ark.), the panel’s ranking member. 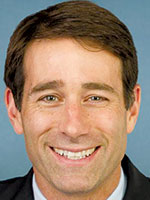 House Aviation Subcommittee ranking member Rep. Garret Graves (R-La.) took aim at the administration’s supply chain response, as well as recent guidance on vaccine mandates. As he put it, “We are seeing record inflation, the inability to get people to work and supply chain issues. Imposing a vaccine mandate only worsens the problems.”

The hearing came shortly after the U.S. House passed freight-centric legislation meant to alleviate some of these supply chain woes. The chamber on Dec. 8 gave bipartisan approval to legislation that would revise provisions related to ocean shipping policies.

Specifically, the Ocean Shipping Reform Act would prohibit ocean common carriers and marine terminal operators from discriminating against shippers. The bill also would require the Federal Maritime Commission to publish and update findings of false certifications by ocean common carriers or marine terminal operators. The bill advanced to the Senate.

House Transportation Chairman Peter DeFazio (D-Ore.) applauded the bill’s passage: “This critical legislation will build on actions that House Democrats and the Biden administration have already taken to alleviate our congested ports and boost competition,” he said. “It also comes on the heels of my committee holding a hearing last month to discuss solutions to our current supply chain challenges with industry and labor stakeholders across different transportation modes.”

ATA and other freight stakeholders reacted to the bill’s passage. Jon Eisen, director of ATA’s Intermodal Motor Carriers Conference, observed: “House passage of the Ocean Shipping Reform Act is a major step toward modernizing regulations to reflect the commercial realities of ocean freight and their impact on our domestic transportation networks. ATA welcomes the improvements in this bill and a vigorous debate over these issues.”

On the Senate side, the Commerce Committee recently brought in freight executives to share perspectives on the supply chain crisis.

Separately, Senate Democratic leaders are debating a nearly $2 trillion social infrastructure budget package they anticipate will reach the floor as early as the week of Dec. 13.

Senate Majority Leader Chuck Schumer (D-N.Y.) continues to insist on finalizing the budget package, titled the Build Back Better Act, before the end of the year. Also on the Senate’s radar is considering an increase to the federal debt limit. “Our goal in the Senate is to pass the legislation before Christmas and get it to the president’s desk. Of course, there are other priorities we plan to address before the end of the year as well, including voting rights, debt limit,” said Schumer.

Concerns from within his caucus, specifically from Energy and Natural Resources Chairman Joe Manchin (D-W.Va.) and Sen. Kyrsten Sinema (D-Ariz.), threaten the advancement of the budget effort. The bill is under consideration through a fast-track reconciliation process that requires a simple majority for passage.

Minority Leader Mitch McConnell (R-Ky.) is leading the Build Back Better Act’s opposition. Thus far, the Senate GOP caucus appears unified in pushing back on President Joe Biden’s social infrastructure budget. Said McConnell, “What is remarkable is that the Democrats want to spend all these trillions but not leave citizens with any impressive, enduring new national project in return.”