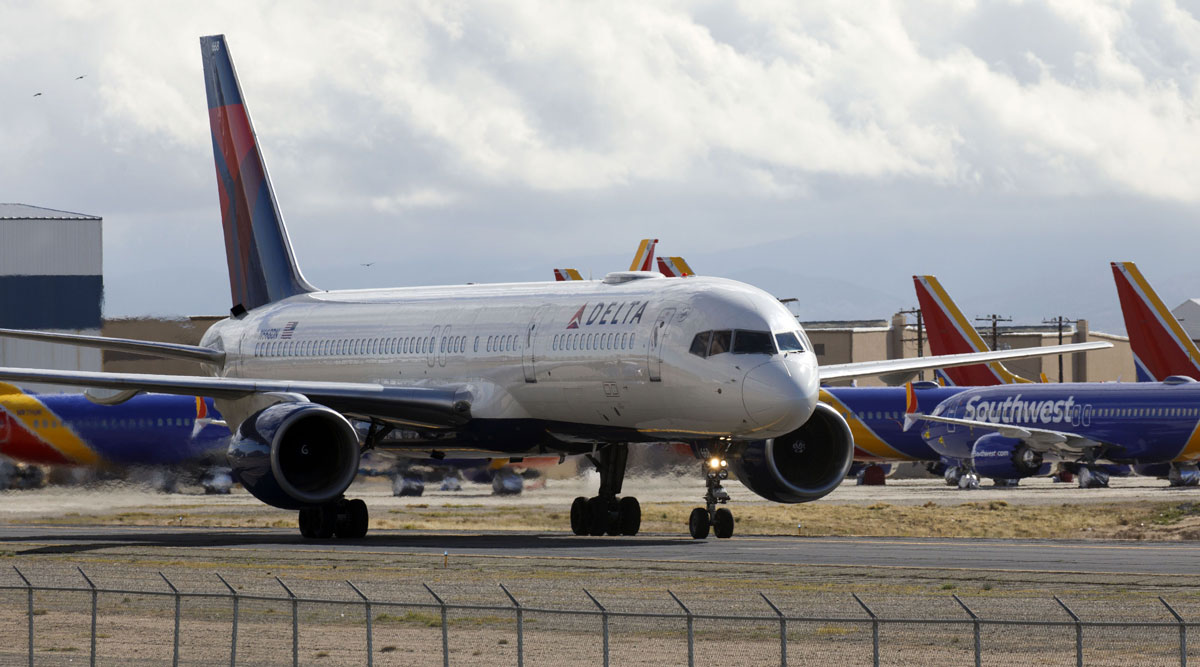 Struggling U.S. airlines will be eligible to receive federal loans and, if they are willing to give an option for an ownership stake to the government, direct cash assistance under the coronavirus rescue deal reached by lawmakers and the White House, according to three people familiar with the matter.

The deal will allocate $25 billion in the strings-attached grants to passenger carriers and $3 billion to airline contractors providing ground staff such as caterers, while cargo haulers would see $4 billion in grants. The rescue package also provides $25 billion in loans to air carriers, the people said, who asked not to be identified discussing the details before the bill’s text was released.

The airline rescue blends key elements of rival plans proposed over the past week by Senate Republicans and House Democrats. The GOP-backed plan released last week would have provided passenger airlines with $50 billion in loans but no grants, while the bill released by House Democrats would have provided the sector with tens of billions in grants.

The deal also includes $17 billion in loans earmarked for companies deemed critical to national security, which is intended to assist Boeing Co. though the legislation doesn’t mention the company by name, one of the people said.

Airlines for America, a lobby group for the largest U.S. carriers, said on March 21 that the industry would be forced to furlough workers unless lawmakers provided at least $29 billion in grants to prop up passenger and cargo carrier payrolls.