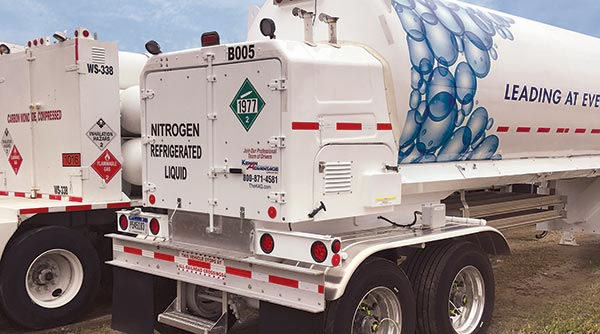 Carriers in the tank/bulk sector posted modest gains in revenue as firms dealt with positive and negative market trends. Higher prices slowed demand for fuel shipments, while increases in oil and gas drilling and production of petrochemicals boosted demand for tankers.

Kenan Advantage Group remains comfortably No. 1 on the list but reported basically flat revenue for the year.

A spokesman for Calgary, Alberta-­based Trimac Transportation Services, which combined its U.S. and Canadian operations over the past year, said the company gave up some business that it deemed unprofitable and turned in record profits for the year.

Within the sector, there were gainers and losers.

The McCoy Group, the corporate parent of Foodliner and Quest Liner, has a foot in both food and chemical hauling and ranks No. 4 in the tank/bulk sector with revenue of $277.5 million in 2017, a gain of 10% over the prior year.

Among the carriers with revenue declines were fuel hauler Mission Petroleum and Florida Rock & Tank Lines.

In a report to shareholders of Patriot Transportation Holding, the parent of Florida Rock & Tank Lines, CEO Robert Sandlin and Chairman Thompson Baker said the company faced aggressive pricing from competitors and, as a result, lost “a sizable amount of business with one of our largest customers following a competitive bid in certain locations.” Another customer began moving more of its business to its own truck fleet.

“These two events . . . outweighed the business growth we were able to achieve with other customers,” Sandlin and Baker said.